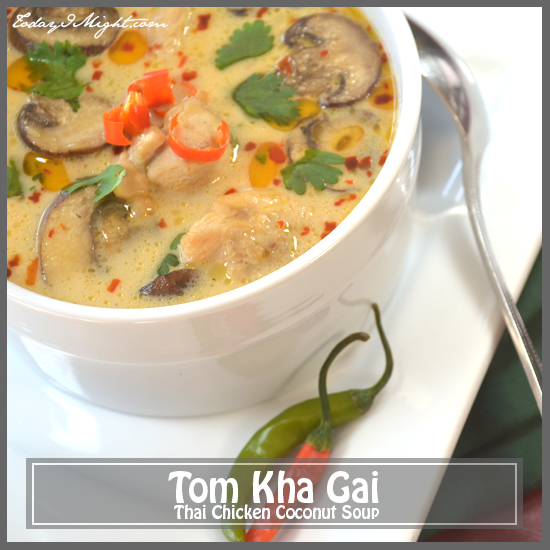 I first discovered Tom Kha Gai (Thai Chicken Coconut Soup) at a Thai restaurant that has a soup and salad bar on the weekends. They rotate the types of soups they serve so it took awhile of going before they served this one, but now they have it every Saturday. When I first took a bite I wasn’t too sure about it, but later in the day I found myself thinking about how much I actually liked it and within two weeks I was bugging my husband to go back to the restaurant so I could try it again. You initially taste the creamy coconut and then the spiciness sneaks up on you and the capsaicin drives you to want another bite, and then another, and then another…

Flash forward a couple of years to today and I decided I needed to figure out how to make this Tom Kha Gai at home because we’re trying to cut back on our restaurant meals (especially in anticipation of our upcoming trip to Tokyo). I knew the recipe had lemongrass and galangal because the restaurant that makes it leaves chunks of those in their soup that you have to sip around so I picked up both at our local Asian market. Most recipes also call for kaffir lime leaves, but I didn’t have those on hand so I used lime juice in my recipe. 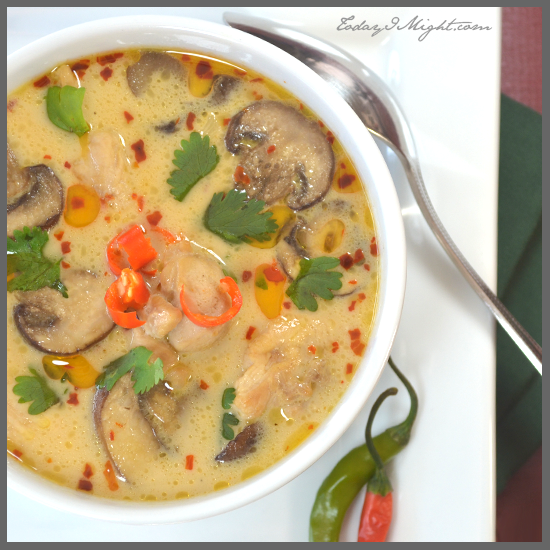 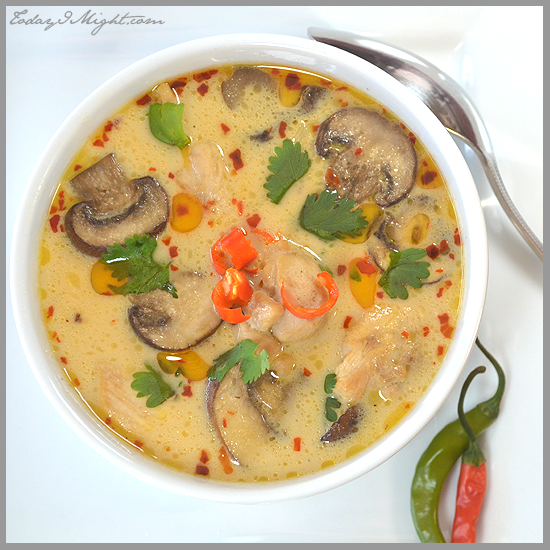 When I made this recipe I used a Kitchen Basics chicken stock which has quite a red-brown color, which makes the soup a yellowish color. If you’d like to preserve a more white broth, in keeping with the coconut milk, you might want to try a brand like Pacific or Swanson that is much lighter and clearer. I hope you try this soup and love it as much as I do!