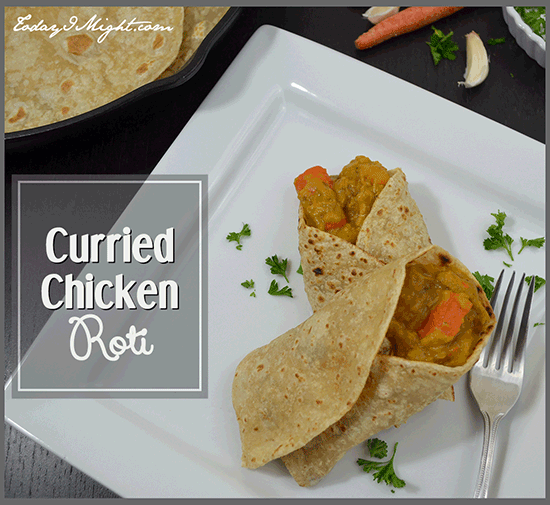 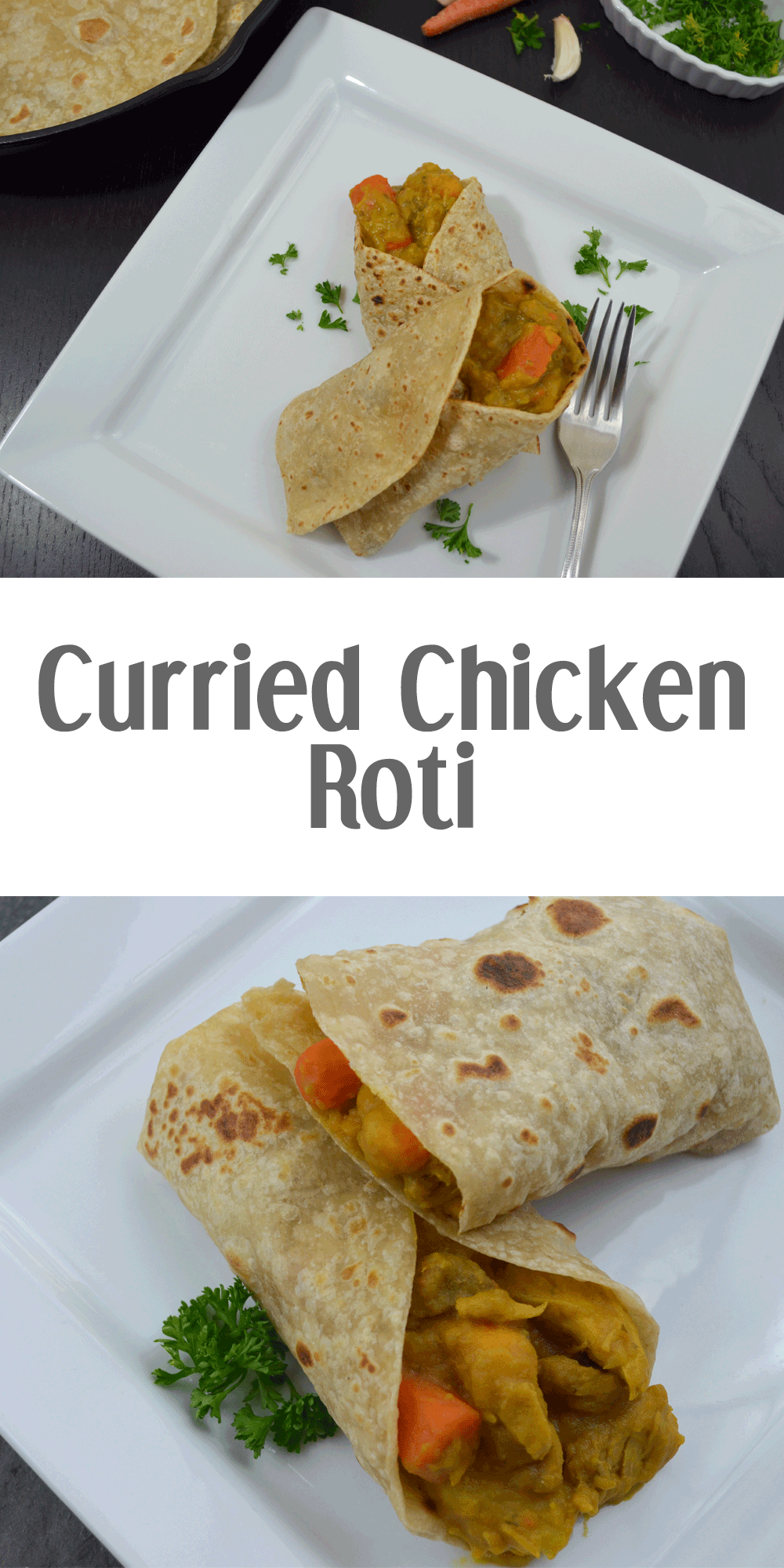 I first enjoyed Roti in Toronto.  The Caribbean community there have a lot  of excellent Roti shops.  And by Roti I mean curried stews of various kinds wrapped in Roti style bread, not the Indian bread itself.  There are a lot of varieties to choose from: chicken, goat, shrimp, beef or veggie.  Now that I’m in Texas, there is definitely not a large population of island folk so no Roti to be found nearby.  Necessity breeds invention – and since it was necessary for me to have some Roti this curried chicken roti recipe was invented!

You’re Going to Want to Try This:

In a large soup pot or dutch oven, heat the olive oil on medium-high heat. Add the chicken and brown. Once browned add the onion and stir until tender. Next, add the garlic and allow to cook about 30 seconds until golden. Add the potatoes, carrots, and sweet potatoes along with the remaining seasoning. Add the vegetable broth and 3-4 cups of water – just enough to barely cover the vegetables. Stir to combine. 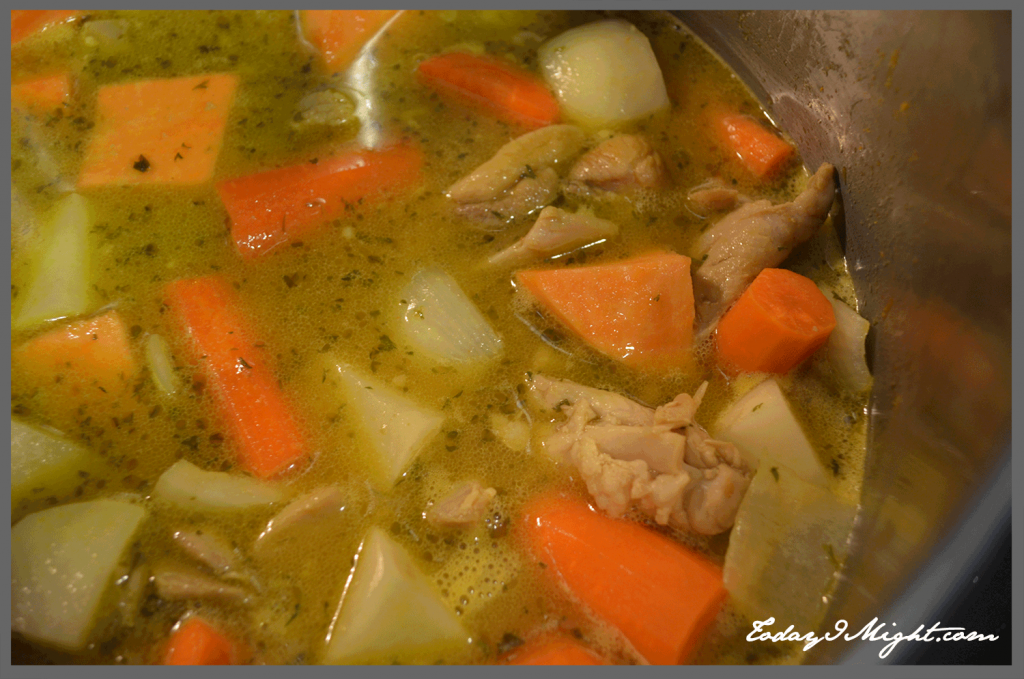 Allow it to come to a boil. Reduce heat to medium and allow to cook for another 20-30 minutes until broth begins to reduce and thicken.

Once the stew has thickened to the desired consistency, prepare the roti bread. Since I can get ready-made roti bread at the store, I do that to save time and hassle. To prepare it I heat it in a hot cast iron skillet. You should cook it in a dry pan – no oil or butter. After 30 seconds to 1 minute on one side, I flip it. Once both sides start to have golden brown spots, you know it’s ready! 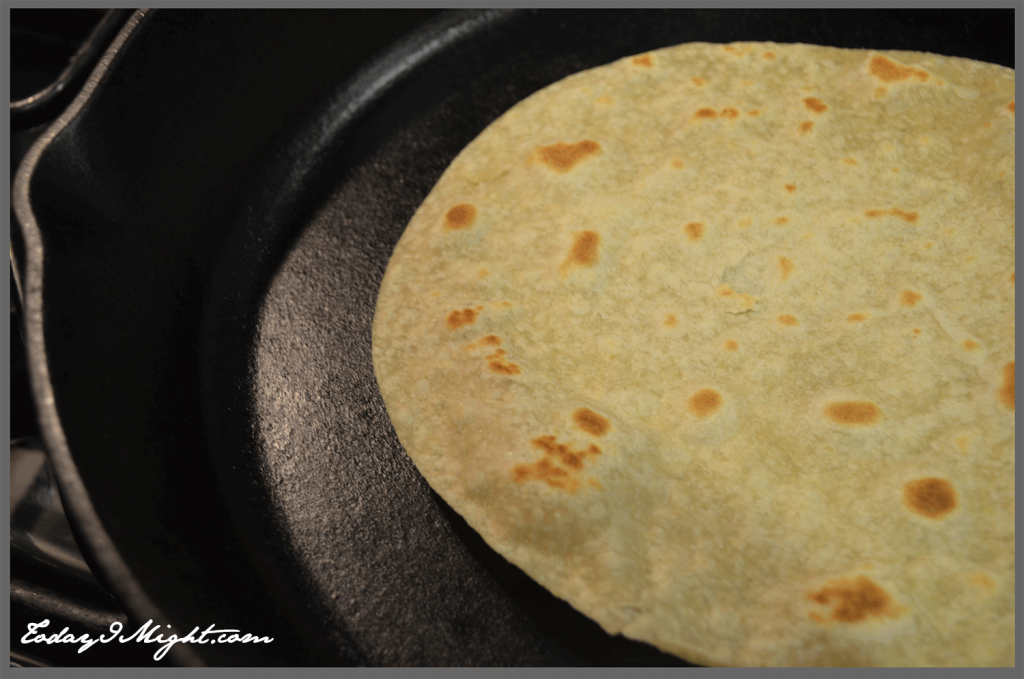 Place some of the curried chicken stew into the roti and wrap – either like a burrito, or like a parcel as per your preference. 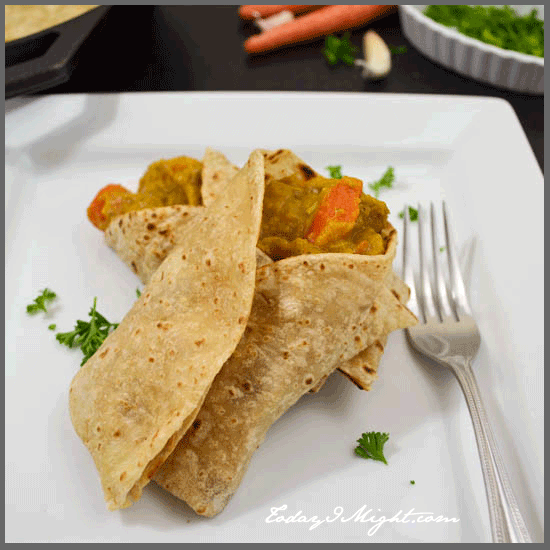