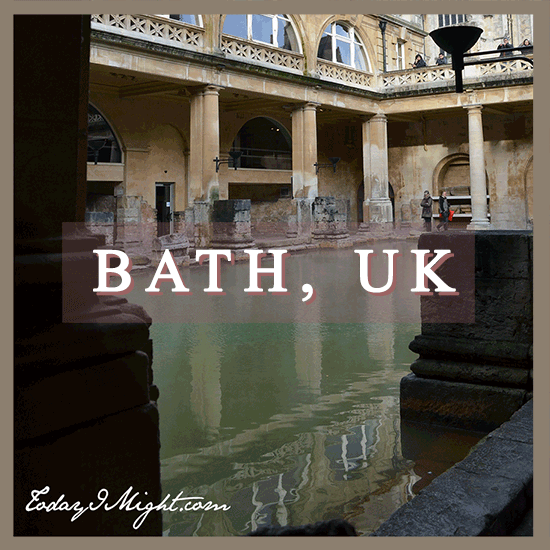 I think I could live in a town like Bath with very little problem. As soon as we stepped off of our tour bus I was enveloped with a sense of peacefulness. There was no hustle and bustle, despite the tourists. The architecture was unified, seemingly ancient and beautifully cohesive. The prevalence of the soft, golden Bath Stone, as well as the many curved facades of buildings like The Circus and The Royal Crescent was truly something to behold.

We proceeded immediately to the Roman Baths – the star attraction in the town for most visitors – with great anticipation. The Roman Baths are built around naturally occurring hot springs. The waters reach temperatures of between 147 and 205°F. The bath waters are said to have healing properties. Unfortunately, modern day visitors can view the baths, but not enter the waters.   This may be fortunate however, as the presence of lead and infectious diseases have been reported over the years.  Although when there, we did see a monk enter the water which was curious. The springs were first developed by the Celts, but the Romans built up the site from 60 to 370 AD. 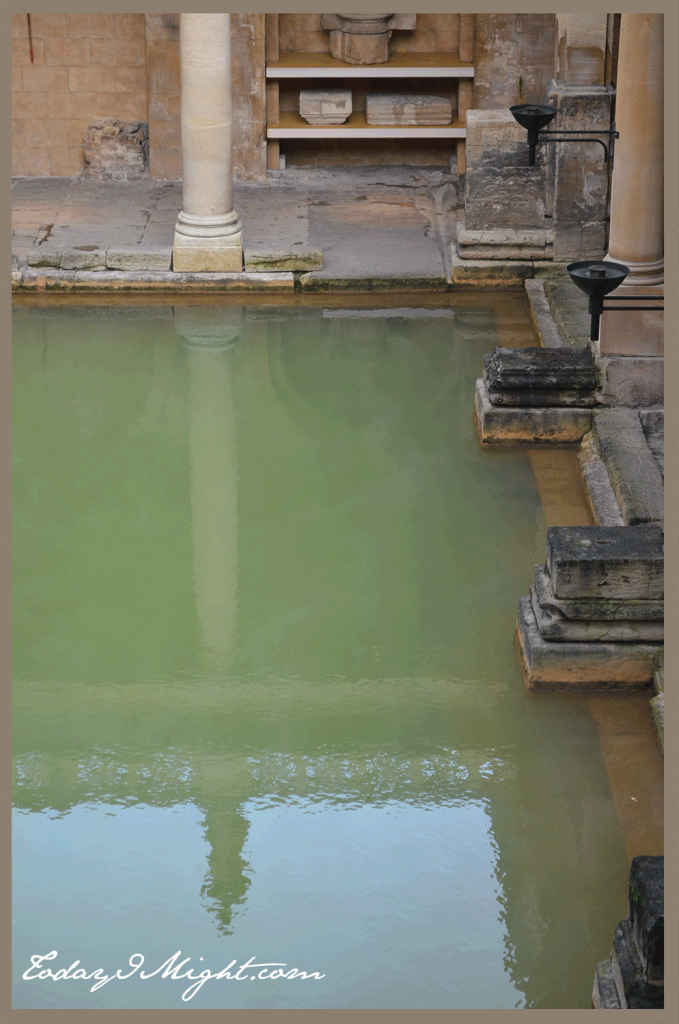 Overlooking the Roman Bath, upon the terrace, are several statues of famous Romans.  The one pictured below, Vespasian, enjoyed great military success during the Roman invasion of Britain.

Apart from the Roman Baths, the city of Bath is stunning in and of itself. The honey-toned limestone buildings, examples of Georgian architecture, present a very unified front. Bath is also known for it’s green spaces – with gardens and parks throughout the city. We bought a couple of gelato (which were to die for) and strolled around the garden near the Pulteney Bridge which crosses the River Avon and dates back to 1774. Speaking of indulgences, there was also a fudge maker and a cupcake shop near the main square which begged sampling. You can watch the fudge making process, in particular, from their store window, but should go inside for a sample. 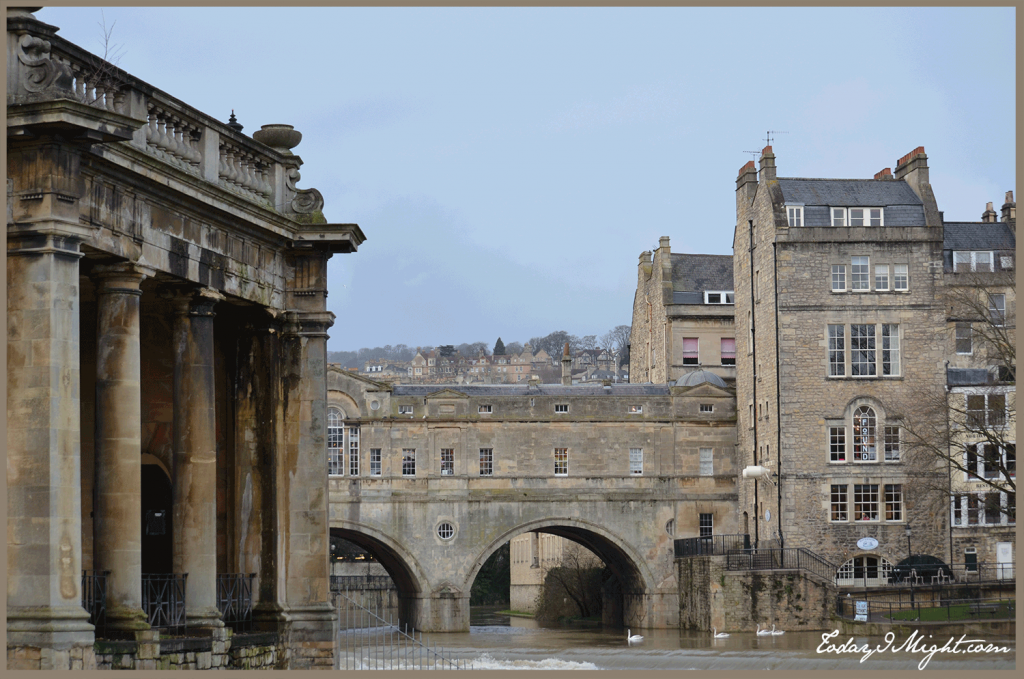 After that, sadly, we had to make our way back to the tour bus, so as not to be left behind. If we had it to do over, we would likely stay overnight in Bath – at least for a night – so we could take in more of the city. Maybe next time…