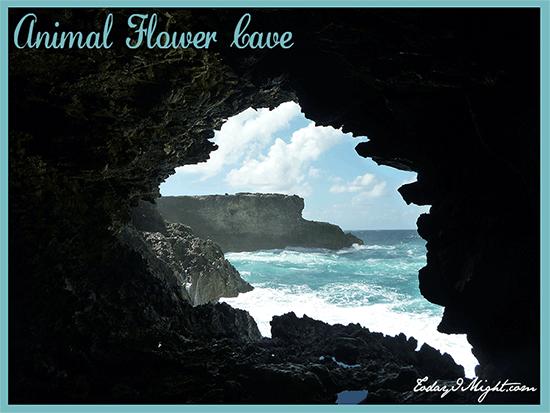 At the north end of the island of Barbados, in the parish of St. Lucy, you’ll find Animal Flower Cave.

A stunning cave, carved out by the relentless clashing of the Atlantic Ocean against the rugged coast. 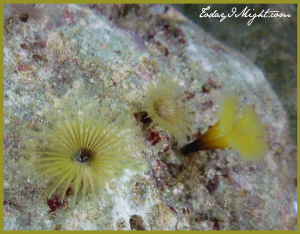 The cave was named in the 1700’s for a prolific occupant at the time – animal flowers – or more commonly sea anemone.  Sadly, finding an actual animal flower in the cave is no guarantee these days .   They are both seasonal and threatened by pollutants in the water such as sunscreen.  On our visit we were fortunate to find a few brilliant yellow and red varieties swaying in the water.  They were fascinating to observe.

However, the main attraction of the caves is the magnificent view.  Standing in the caves, looking out at the ocean, feels much like you are at a theater where mother nature herself is putting on a private show just for you.  The negative ions fill the air, which scientists say create a biochemical reaction which reduces stress, increases energy and lightens moods. 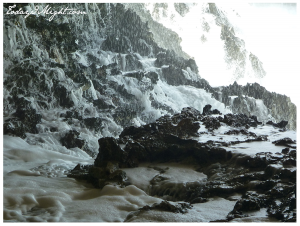 Depending on the time of day, if the tide is high, the waves can reach the cave even though it stands 6 feet above sea level.  Water comes crashing in to the cave, spraying you in mist as the sea foam flows down the walls and across the cave floor back from whence it came.  You best stand clear and mind your footing when this happens, lest you be drawn out to sea!

There are also interesting geological features within the cave, such as a rock formation that appears like a giant’s foot. 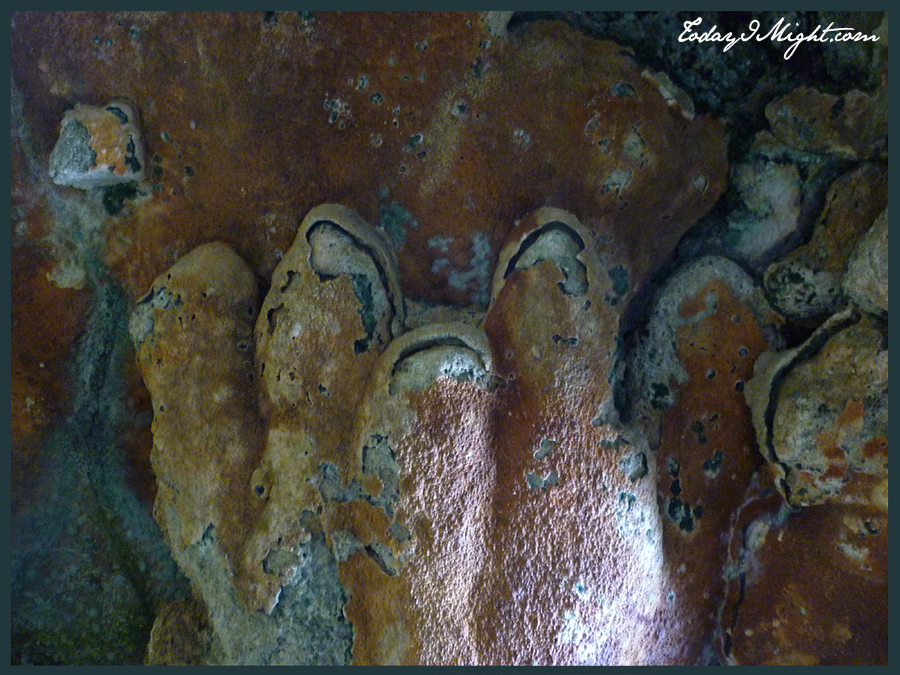 Swimming is permitted in a natural pool in the cave that is approximately 8 feet deep. 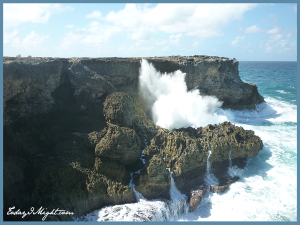 The View From Above

Above the cave, it looks just as majestic when the waves crash and spray to the very tops of the high cliff tops.  The craggy coast on the north tip of the island is extremely scenic and reminiscent of some of the coastline in Scotland and Ireland – apart from the tranquil aqua of the warm sea below. There are many picturesque views to either side.  The beauty created by time, as water and rock collide is a marvel. 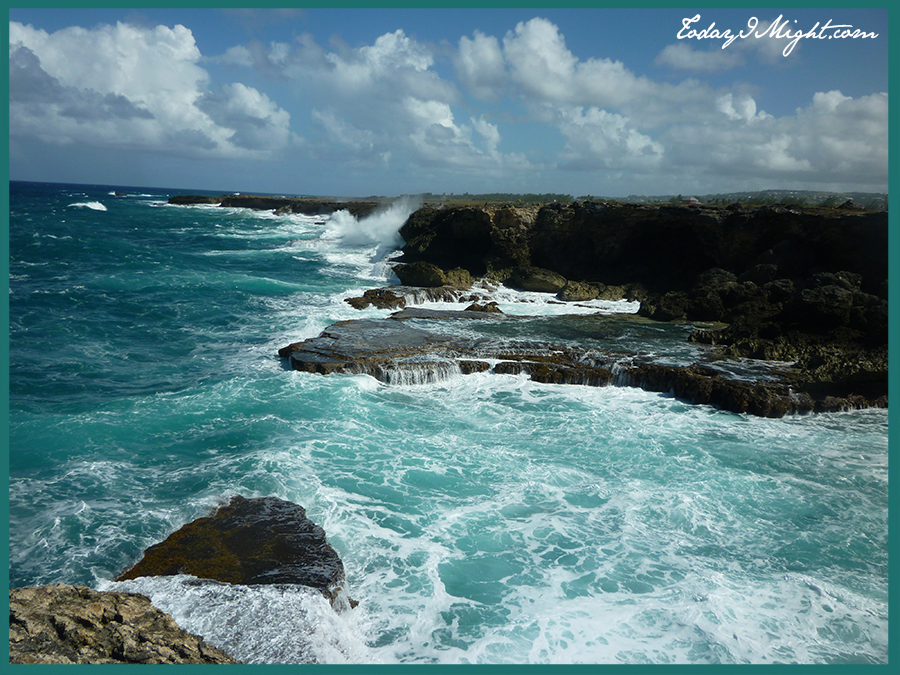 Tours of the cave are provided daily from 9:00 AM through 4:30 PM by very knowledgeable locals. The charge per visitor is $20 BDS ~ about $10 USD. There is also a restaurant and full bar on site.  So, after your tour you can enjoy a bite of local food, and perhaps a Banks beer (a Bajan beer) while you take in the sea air and beautiful scenery.

I hear that there is whale watching at this site from February to April.  Although I don’t know if they are predictable enough to count on them on any given day during the season.

Our visit to Animal Flower Cave was definitely a highlight of our trip to Barbados. If you happen to be staying on the West Coast or South Coast of the island, a drive north is a good way to get a taste for all that the island has to offer.