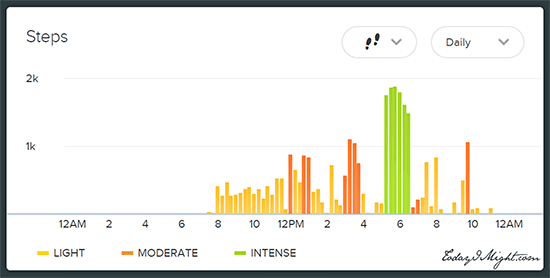 I have used a wearable of some sort for about the past six years. During this time the common goal for steps per day has always been 10,000. An athletic trainer I knew from the local university would only work out on the days that her pedometer wasn’t aiming to hit 10,000 by the end of the day. I would always endeavor to hit 10,000 steps myself. 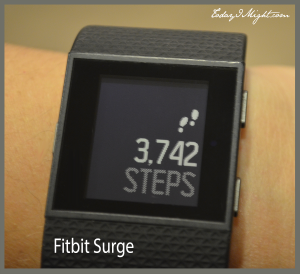 Recently, I switched wearables to the Fitbit Surge

. I set my daily goal at 12,000 steps and was off to the races. With my normal daily activities putting me in the 4,000 to 5,000 step range, the remaining 8,000 to 9,000 steps were obtained by walking/running on the treadmill at the gym or on a long walk with the dogs – or both.  This level of activity generally put me in range for my daily calorie burn goal of 2800 calories per day.  It also helped me exceed my daily goal of 6 miles per day.

It wasn’t until recently, on a day that I had explored a new hiking trail in the area, that Fitbit sent me an email advising me that I had attained 20,000 steps in a day and thus had earned the “High Tops” badge. I was happy to achieve the goal, even though I hadn’t planned it. Being one to love checking goals off my list I checked the Fitbit dashboard to see what other badges there were to obtain in this area.  I thought the next one to work towards was the 30,000 steps in a day badge – or the “Trail Shoe” badge.

BREAKING DOWN THE 30000 STEPS GOAL

Considering 30,000 steps is about 15 miles, attaining this number of steps in a day is not something that you’ll just happen upon without some effort. I knew, for instance, that I would have to average about 2,000 steps per hour for the 15 hours I thought I would be awake from 8:00 AM to 11:00 PM. That’s about a mile an hour.

When I woke up just before 8:00 I hit the ground running. As I moved through my morning routine I did so with steps on the brain.

As I brushed my teeth I walked around in a circle in the bathroom, likewise as I brushed my hair. I dressed very inefficiently, taking an item out of the closet, meandering around as I put it on, then walking back to the closet for the next item of clothing, continuing the process until I was fully dressed.

My next chore was to take the dogs out into the backyard to do their business. Instead of sitting on the porch supervising, as I normally would, I walked around the yard until they were both finished. By this point it was about 8:30 AM and I had achieved around 700 steps.  That pace wasn’t going to cut it, but I figured I’d pick up the pace as the day progressed.

PICKING UP THE PACE 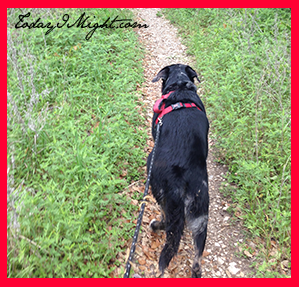 At noon I took one of my dogs on a walk on a nearby trail.  I was slightly at his mercy because he likes to stop and smell EVERYTHING.  However, I was able to increase my pace to about 750 steps per 15 minute increment.  We only walked for about an hour due to his special needs then headed home.

I was a bit of an under-achiever again for the next hour or two.  But, then had another resurgence of energy as I cleaned the house.  It is definitely possible to increase your steps through vacuuming!  It was also important for me to be less of a multi-tasker as I completed my chores.  Instead of picking up several items at a time to tidy up, I made a separate trip for each item.  Not very productive under normal circumstances, but when every step counts…

By this time it was nearing on 5:00 PM – time for my gym workout!  While my husband was at night school I went to the gym to work out for 1 1/2 hours.  At 5:15 PM when I began my workout I was about halfway to my goal at 15,470 steps but had less than a third of the day left to finish. With my 30,000 step goal clearly in focus I abandoned my usual strength training and headed straight for the treadmill.  With a combination of walking vigorously and running I accomplished an average of 1732 steps per 15 minute increment.  By the time the 1 1/2 hours was up I was sitting at a much more respectable 25,863 steps.

After my workout I spent a little time walking around the yard with the dogs and pacing the halls aimlessly.  Eventually though, I knew I had to put the brakes on temporarily to get cleaned up for dinner.  I found myself wishing I could put my Fitbit back on in the shower – those couple of steps weren’t counting towards my tally and it was killing me!

Once cleaned up I put the Fitbit back on and my husband and I headed out to dinner with a friend.  Normally I would be frustrated having to wait for a table, but in this case I took the opportunity to walk circles around the parking lot.  A few other restaurant patrons looked at me like I was crazy, or casing vehicles to steal something, or both.  Who cares?  I was a woman on a mission!  I still wasn’t quite there though when we were finally seated to dinner and I squirmed in my seat, anxious for the meal to be over so I could be back on the move!

Once home from dinner I completed the final 1500 steps in the comfort of my family room, pacing back and forth behind the couch.  I was a little tired, but less so having spread out my effort throughout the day.  My total calorie burn for the day was a very impressive 4328!  My mileage ended up at 15.72 miles.  I had been considered “active” for 203 minutes.  Finally, as I lay my head on my pillow at the end of the day, my final step tally was 30,324.  The “trail shoe” Fitbit badge was MINE!

HOW YOU CAN ACHIEVE THIS GOAL

If you aren’t currently quite active on a daily basis I do not recommend setting a goal of 30,000 steps per day.  You’re likely to injure yourself.  Or, at the very least be sore enough to deter you from activity for the next few days.

To get a starting goal for daily steps, take the highest number of steps you achieve in a 7 day stretch and make that your starting point.  Complete at least that number of steps daily for a week. Once successful at that, increase the step goal by 500 steps daily and try to be consistent at that for the next week.  Keep increasing the goal by 500 daily steps each week.

Remember to hydrate yourself throughout the day.  If you’re walking vigorously for a stretch, 1/2 to 1 quart of water per hour is a good rule of thumb.

Think about all of the ways you can increase your steps.  Including, walking instead of driving, taking stairs instead of elevators, marching while watching TV, taking the dog for a walk or meeting with a friend to walk instead of meeting at the coffee shop.

Good luck reaching your own step goals!  I’ll let you know how the next milestone goes (40,000 steps) once I complete it!  🙂 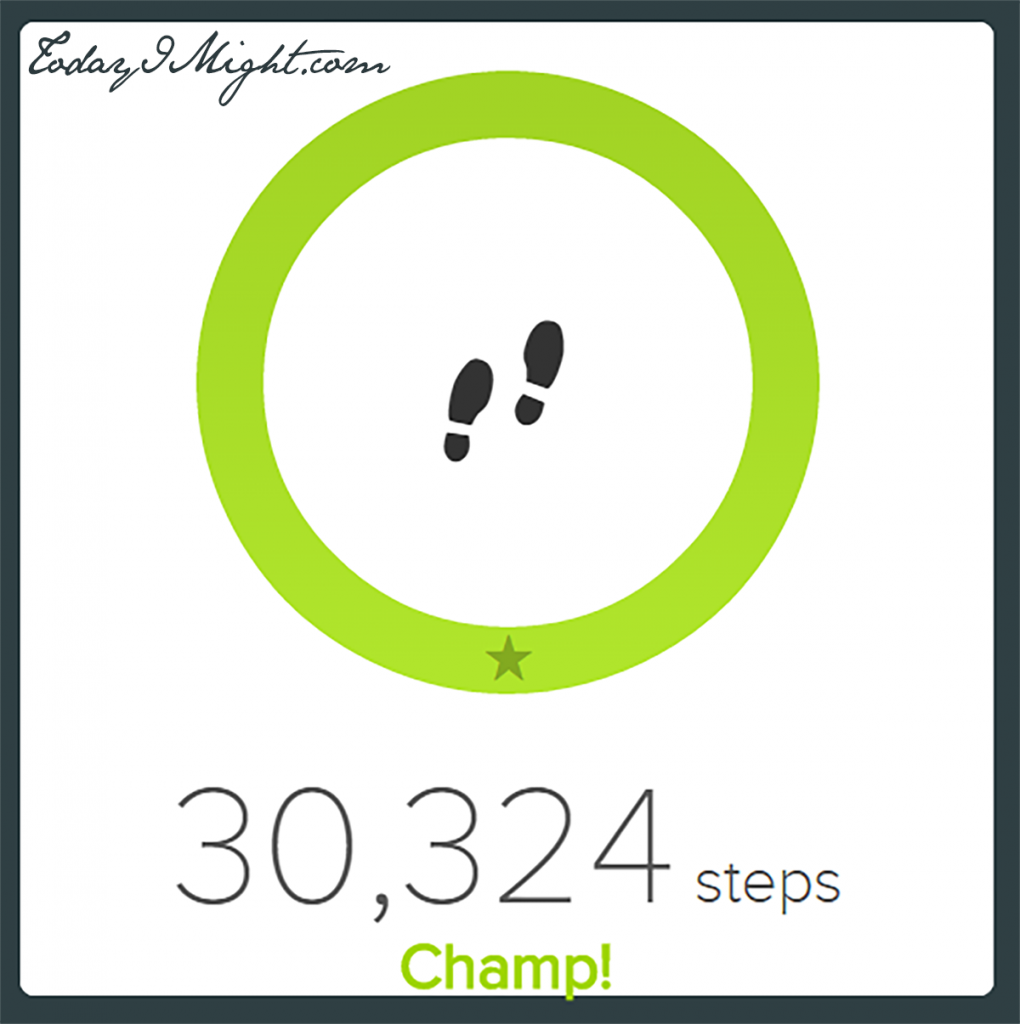