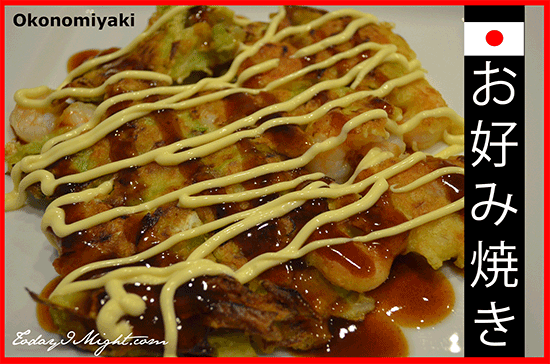 , shredded cabbage, and eggs. For this version of the dish, I used shrimp. 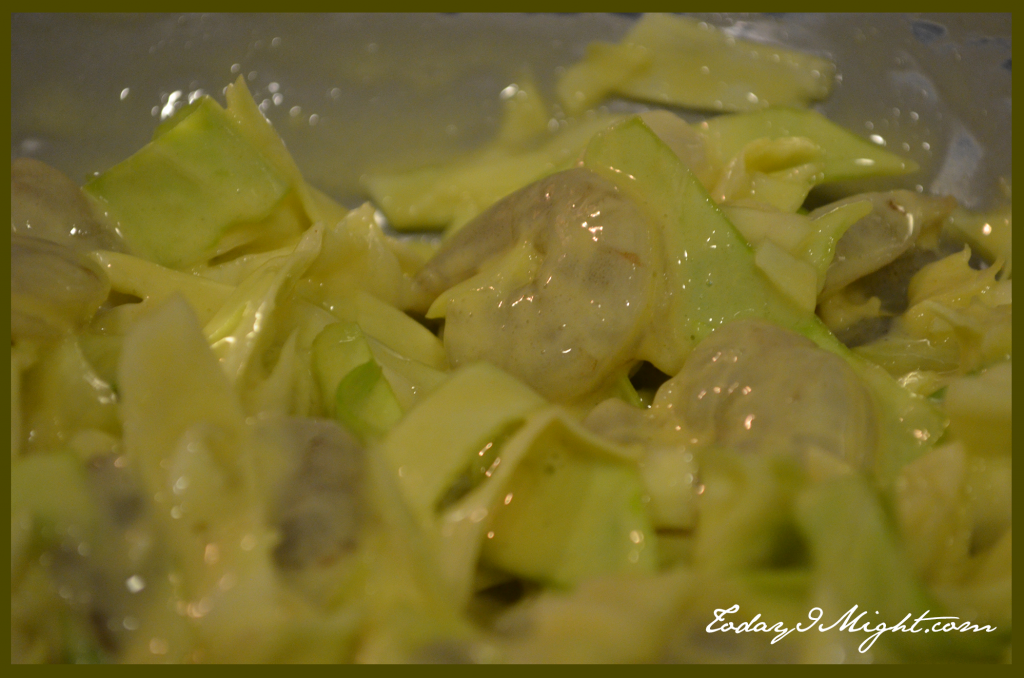 In Japan, they prepare the dish on an iron griddle table, but since I don’t have one on hand (and I don’t think many others do either) it can be prepared in a flat frying pan.

Once golden brown on both sides, transfer to plate and add toppings. Typical toppings include tangy Okonomi Sauce,

For this iteration of the recipe, only the Okonomi Sauce and mayo were used.

Once you have the basics down, the possibilities of this dish are limited only by your imagination. Other meats often used in Okonomiyaki are pork, octopus or squid.  Bacon is also a great alternative for the shrimp used in this recipe – just saying!

Recipe for this Version:

Okonomiyaki
Save Print
Author: Today I Might
Ingredients
Instructions
Notes
Once prepared, the dish can be topped with Okonomi Sauce, Japanese Mayonnaise, Seaweed Flakes and/or Bonito Flakes.
3.3.3077 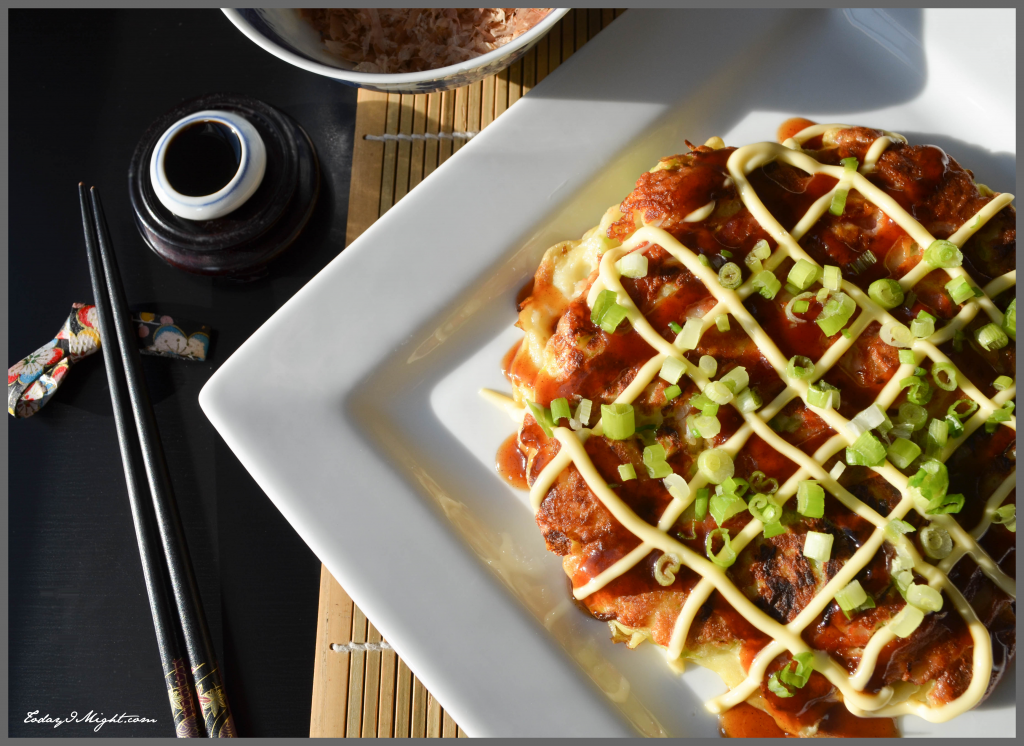