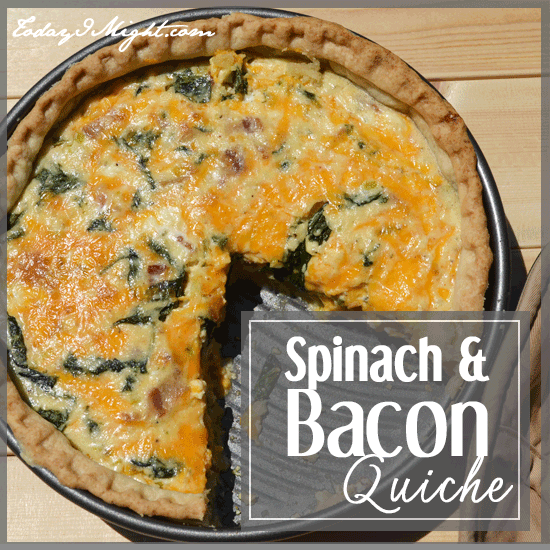 We were feeling a bit brunchy today since it was a holiday. And, I don’t think there’s a better brunch food than quiche. It’s so versatile and sooooo tasty! It’s almost impossible to get wrong too! Although it drives the dogs a little crazy any time we prepare something with bacon, we decided to add bacon to the quiche because, quite frankly, everything is better with bacon!  But, there’s spinach in there too so that eases some of the guilt of this pleasurable Spinach and Bacon Quiche. 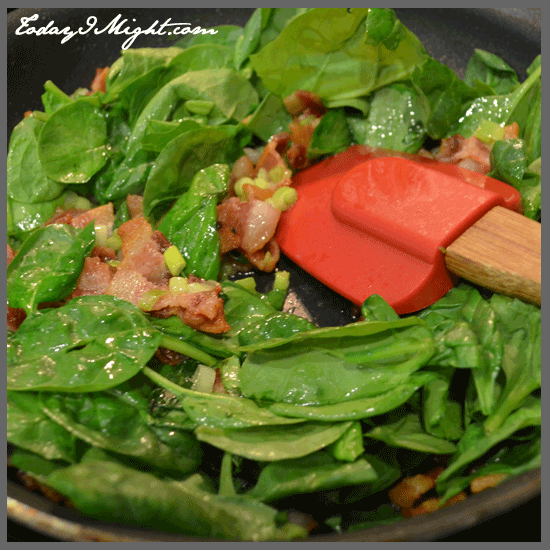 Although Popeye can eat spinach from a can, I need a more palatable delivery system for this superfood. Usually I deliver it to myself in a healthy green smoothie, but sometimes I allow myself a more decadent way – like this Spinach and Bacon Quiche. 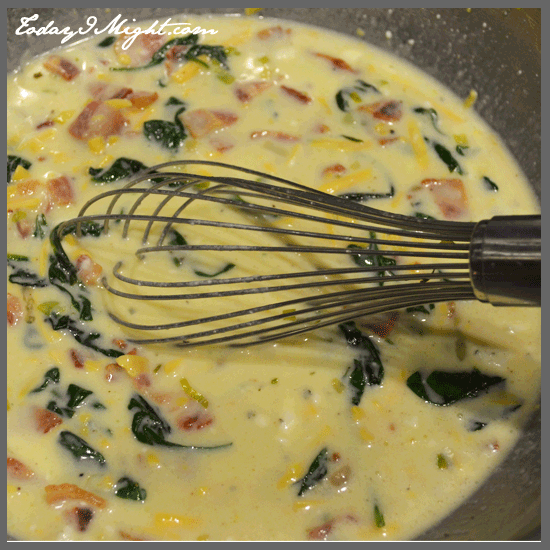 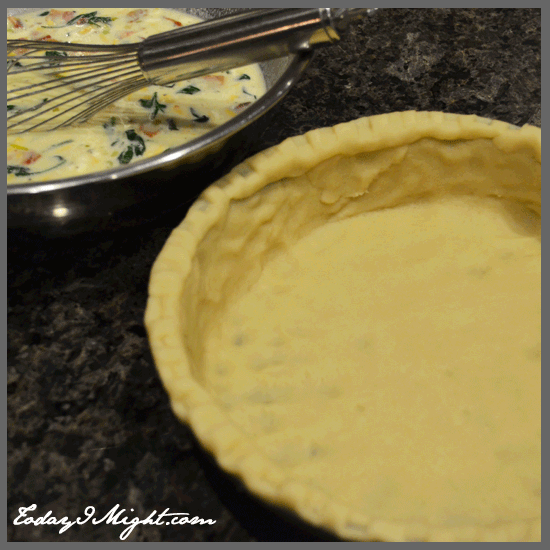 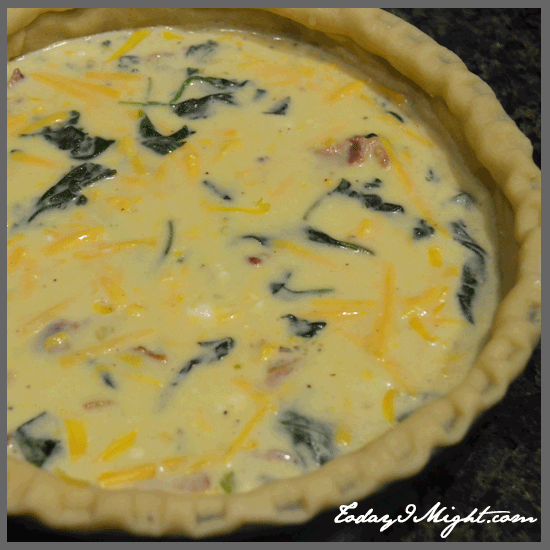 Once the quiche has finished baking, the crust should be a nice golden brown and the custard cooked through but still have some wiggle if you shake the pan. As a breakfast or brunch food it has all the bases covered. Afterwards you can reheat the leftovers and serve for dinner later in the week with a nice salad. It will keep in the fridge for 2-3 days if well covered.